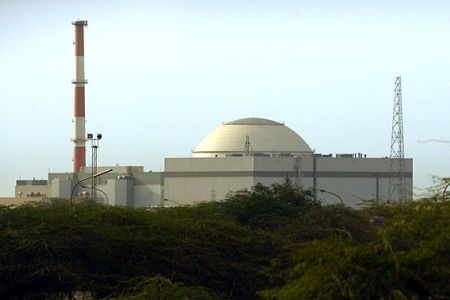 Iran, which acknowledged earlier that many of the computers in its nuclear operations have been attacked by theStuxnet worm, has arrested an unspecified number of “nuclear spies,” its intelligence minister, Heydar Moslehi, said Saturday. No details on the arrests were given, and the arrests could not be independently verified.

Because of the sophistication of the Stuxnet worm, many believe it was developed by some government’s cyber intelligence agency, and was created with Iran as a specific target. The worm has surfaced in other countries as well, however.

Officials have said it has been found in computers at the Bushehr nuclear plant (shown). Iran has called the Stuxnet worm a cyberattack by Western powers, used by either the U.S. or Israel to delay or derail Iran’s nuclear program, which the government continues to insist is for peaceful purposes.

At the same time as announcing the arrests, Moslehi also told the semiofficial Mehr news agency that the intelligence ministry had countered the cyberattacks. He said,

“I assure all citizens that the intelligence apparatus currently has complete supervision on cyberspace and will not allow any leak or destruction of our country’s nuclear activities.”

“All of the destructive activities perpetrated by the oppressors in cyberspace will be discovered quickly and means of combating these plans will be implemented. The intelligence Ministry is aware of a range of activities being carried out against the Islamic Republic by enemy spy services.”

Meanwhile, Hamid Alipour, an official at the state-run Iran Information Technology company, disagreed somewhat with any statements that the Stuxnet worm was under control.

“This is not a stable virus. By the time we started to combat it three new variants had been distributed.”

He stated that his company hoped to eradicate the worm within “one to two months.”