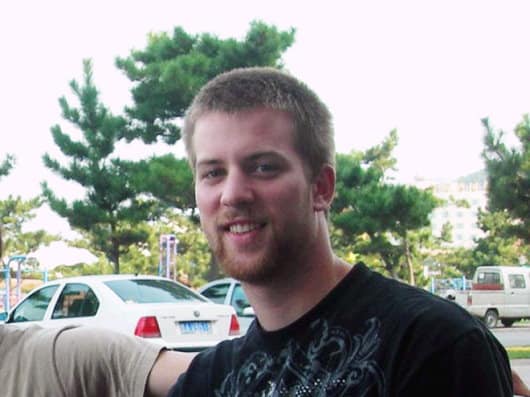 As comedians such asJon Stewartare having a party over the fiasco that seems to be the treatment of the “case of the lost iPhone,” it seems to be a news item that just won’t die. Say hello to Brian J. Hogan, 21, a resident of Redwood City, CA, who is the bar patron who found the next-generation iPhone in Gourmet Haus Staudt, a German beer garden in Redwood City.

Wired received a statement from Hogan’s attorney, Jeffrey Bornstein. While admitting he was paid $5,000 by Gizmodo, Hogan believed the payment was not for the phone itself, but for exclusive access tot the phone. Gizmodo emphasized to him “that there was nothing wrong in sharing the phone with the tech press.”

Apparently, Wired identified Hogan through social networking sites, and then confirmed his identity with a source involved in the event. Once again, this serves as another warning about just how much people should reveal on Facebook and other such sites.

Meanwhile, C|Net said that they have identified Sage Robert Wallower, a 27-year-old UC Berkeley student, as the go-between for “negotiations” between Hogan and technology sites. (We believe that some might call him a fence). While admitting he had some dealings in the matter, Wallower said he never touched the device, and that he may “need to talk to a lawyer.”

Police are still investigating the matter. Although many believe in the old saying “Finders, Keepers,” at least in California, don’t believe it. A California law dating back to 1872 says:

One who finds lost property under circumstances which give him knowledge of or means of inquiry as to the true owner, and who appropriates such property to his own use, or to the use of another person not entitled thereto, without first making reasonable and just efforts to find the owner and to restore the property to him, is guilty of theft.

Statements have been made that Hogan tried hard to return the device, but as San Mateo County Chief Deputy District Attorney Stephen Wagstaffe indicated:

The person who found the phone “is very definitely one of the people who is being looked at as a suspect in theft. Assuming there’s ultimately a crime here. That’s what we’re still gauging, is this a crime, is it a theft?

Echoing somewhat what Jon Stewart said earlier, Borstein said, “This thing has gotten completely, completely out of control. “He made a mistake. He should have just immediately turned that phone in.”