Google Rumored to Be Buying Valve 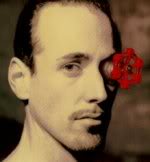 For those of you who haven’t heard of Valve, it’s a gaming company, famous for games such asHalf-Life, which really made the company’s mark, as well as follow ups such asDay of Defeat,Counter-Strike, and more.

And now you might ask, why would Google, monolith of all things Internet, be interesting in a gaming company (and one that doesn’t have a web-based MMORPG, for that matter)? Well, if you don’t know about Valve, you may not know about Steam either. Steam is Valve’s content delivery system, and while it still sells boxed games, Steam is the preferred method of delivery, and has become so successful other developers and publishers are using Steam as well.

In fact, there are currently over 400 games available at the store and over 15 million Steam accounts.

Of course, Steam isn’t the only digital delivery system for games; even retailers like EBGames provide downloads for some of their games. Steam is more than just delivery however: it’s also activation, updates, multiplayer gaming, social networking, and the like.

It has been criticized, however; some of the criticism centering on the fact that the user has to be online for a game to be activated before its first-time use. There is an offline mode, but system failures, such as the one in Europe shortly after the Half-Life 2 launch have prevented authentication in the past.

Despite criticism, it’s the best digital delivery system there is. Thus you can see the opportunity that Google might see, combining this system with ads and perhaps Lively. Still, and here’s the big gotcha: definitely still in the rumor stage, and also the rumor was first dropped by The Inquirer, which does make it a tad bit more iffy. They also use those sometimes unreliable “well-placed sources.”

Still, there are reasons this would make sense. What do you readers think? Yes, no, maybe? Adsense in your Day of Defeat?