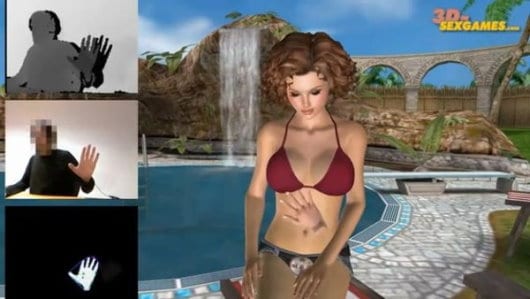 The videos showed an image of a hand groping a girl in a bikini. The press release says that the game is currently in the alpha stage and will be released in 2011. It adds:

The Kinect interface provides another exciting interface option for users of the sex simulation software to control the experience in extraordinary new ways!

Users will ultimately be able to use full body or hand gestures, voice commands and even real world sex toy objects like vibrators to control interactions in-game and between two active participants.

Although the YouTube demos have been removed, some images from the videos are shown in the ABC News report, embedded below.